Don’t get me wrong, foam rolling can be helpful. You just shouldn’t spend half your workout rolling your muscles.
Research (Morales-Artacho et al, 2017) has shown that combining passive exercises like foam rolling with active exercises like cycling was the best way to reduce stiffness and improve ROM, but research (Sullivan 2013) has also shown you can reduce perception of tightness with rolling only 10 seconds. So again: Foam Rolling Work, but it does not need a long period of time. 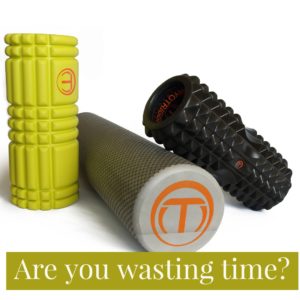 Mechanical or NeuroPhysiological?
Foam Rolling DOES NOT break up scar tissue or even stretch the fascia. Research (Chaudhrey 2008) has show that you would need almost 2000 lbs of force to make 1% change in tissue structure .
However, Foam rolling may reduce pain and improve tissue extensibility via a neurophysiological pathway. Research by Aboodarde (2015) showed reduced tenderness and improve mobility after treating the opposite limb, indicating that the effect of massage rolling is not mechanical in nature. Sullivan’s work, that showed such rapid result, also indicate that these outcomes can not be mechanical.

So how can I use the foam roll, or a massage roller?
We suggest you roll your muscles for a short amount of time: 10-30 seconds per muscle group, followed by some dynamic stretching of the muscles and thirdly loading up the muscles going through full ROM. 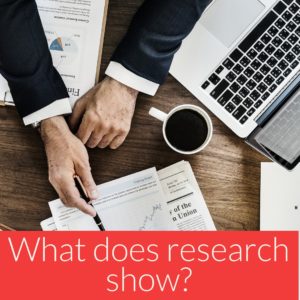 Do you have pain?